Outside of Facebook, Twitter is probably the most hyped company in the Web 2.0 arena. It has garnered praise from all the bloggers and geeks of significance. If Twitter was a band it would be The Strokes circa 2003. Twitter is the “it” girl of the Bay Area. Personally, I am still sort of wishy washy on the concept however, I know that the service will be integrated in a variety of ways that someone of my middling intelligence is not possible of comprehending at this time. Nonethesless, no matter which way twitter is eventually leveraged to facilitate some new technique of marketing and advertising; one thing is brazenly clear at this point. Most of the twitter comments are benign, earnest and overtly PC such as “Just got done with bikram…feel Great!”, “Had great meeting with XYZ from ABC company at XXX conference” or “Mmmhh…love Swensen’s bittersweet chocolate milkshakes”. BORING. If it is supposed to represent a newfangled stream of consciousness it would be much more entertaining and compelling if a Lenny Bruce/Sasha Cohen character was to unleash all of their biases, impulsive judgements. At least get some people of ill repute to become early adopters of the service.

So let’s just put on our imaginary hats and imagine that Doc Brown suddenly landed in his De lorian and whisked us away to several points of time in the past and we magically gave individuals the ability and wifi access to “Twitter” for 24 hours. I know it does not make any sense McFly but just go with it…

Gold Rush Twitter – from the perspective of a Grizzled prospector

Medieval Times Twitter – from the perspective of a common serf

July 27th Twitter – from the perspective of Mark Chu Cheong

Bloggers who live in glass houses should not throw stones or iPhones for that matter..

The author of Misanthropy Today has developed a severe distaste for all things Apple. Most of his venom has been saved for the misguided “sheep” he feels have been connived into “needing” products that are inferior and overrated due to Apple’s irresistible marketing campaigns. Undoubtedly, most consumers who buy a MacBook Pro will never use it for pusuits more ambitious than surfing the Internet. An even larger contingent are most likely a tad bit overzealous in their collection of iPods and associated accessories for different activities and functions. (car, gym, bowel movements, reincarnation, etc.) However, the aforementioned argument is full of inconsistencies, and lacks a general cohesiveness often displayed by blathering, right wing pundits such as Bill O’Reilly and Rush Limbaugh whose main aim is to provoke. The author is quick to condemn and criticize without offering any discernible solutions or suggestions, thereby making the grave error of failing to look in the mirror. The expression “To thine own self be true” has never been more pertinent and fitting in this case. Unwittingly, he is guilty of the same hypocrisy and transgression that plagues the ignorant, Trey Anastacio worshipping, peace loving, neo-hipie who proudly rocks a Che Guevara t-shirt. The following is the first of a 2 part series that examines this bitter individual’s entertaining yet flawed logic: 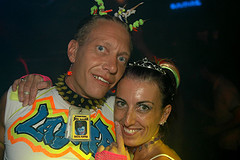 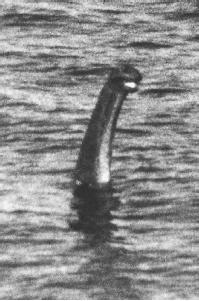 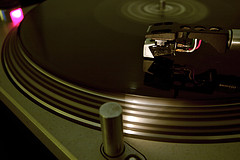